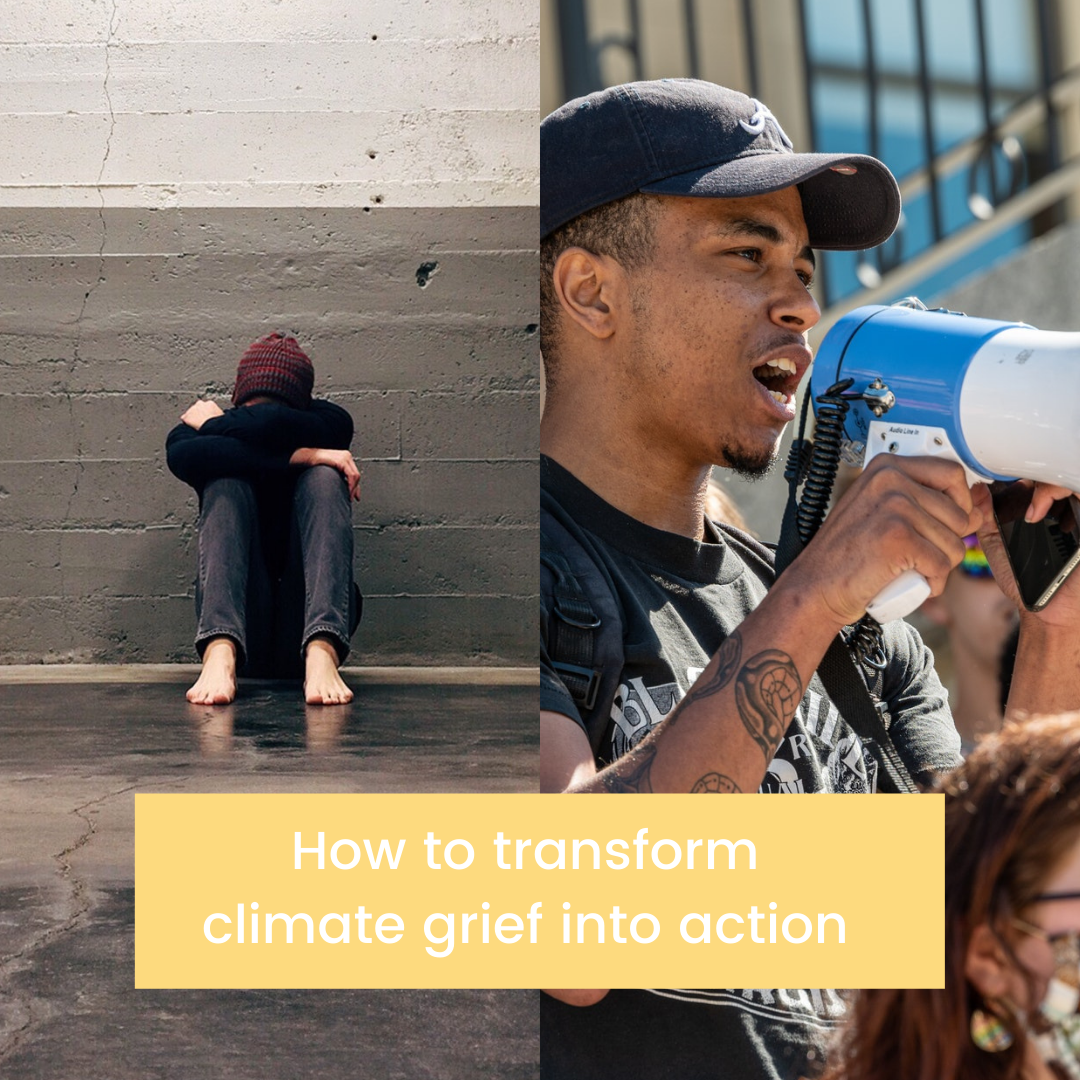 Michael Coren, Quartz senior reporter on climate and energy, founded Hothouse, a new climate solutions newsletter, with Jemima Kiss, a journalist and writer who spent over 10 years at the Guardian. He joins Joro’s Founder Sanchali to reflect on why action matters and how to transform climate grief to climate action in today’s world.

Our founder and CEO, Sanchali Pal, sat down with Hothouse co-founder and Quartz senior climate and energy reporter Mike Coren to talk about climate communication, dealing with climate anxiety, and the role of personal action in creating systemic change.

The climate crisis can feel overwhelming. Yet starting a climate action practice and aligning our values with the emissions within our control can give us a sense of agency. Sanchali and Mike discuss how to bring a sense of purpose to the reality and gravity of the crisis. Check out the full video interview and see the highlights from their discussion in our blog below.

How did climate become important to you, personally?

I've always been interested in the environment and I was planning to be a scientist. I studied ecology and began to understand the world as an interconnected system of which humans are apart. After undergrad, I went to CNN as a science producer and decided to do a special on climate change, which I'd never done before.

Since I barely knew anything about the topic, I checked out a climate book and began to learn more. As I read, I realized the climate crisis would be one of the defining challenges of our generation, even though, at the time, there wasn’t much urgency around the problem.

Grad school was when things became “real” for me, it was like watching a preview of what was to come. I had access to the latest science, the most knowledgeable people, and noticed almost without exception, the level of alarm and deep sadness that those people had about our inescapable future. It was a bittersweet experience to come to terms with the climate facts and affirm the reality of the situation with our own personal apocalypse in San Francisco. The orange skies and the west coast fire season of 2020 and every year just makes our calls to action more and more urgent.

I think your experience resonates with many people who care about our future. How do you help people think about the link between their actions and the systemic nature of the crisis? How do you think about the role of personal climate action in addressing the climate crisis?

It is difficult to achieve the systematic change we desperately need. You could argue it's merely symbolic to recycle your plastic goods and improve your carbon footprint through your personal climate practice. But in fact, those actions do add up and have a material impact over time, especially when we do them together.

I think it’s even more important for each of us to align our lives with our values, our ambitions, and our hopes for what the world is going to be. When we do this, we change our identity and make political change possible.

The cognitive dissonance of living our lives, knowing that we profligately waste or jeopardize our future, is so great that it often leads to denial and paralysis. When we make changes, however small, the bigger changes become possible. ‍

In the end, it’s the combination of the compounding impact of small climate actions, the change in our personal identity, and the sense of possibility we create together that leads to systemic change.

It sounds like you're describing the importance of communication and collective storytelling to inspire people to start their personal climate practice. How do you do this at Hothouse and what do you think is missing or is needed in climate communication and climate journalism?

What we do well is cover the problem beyond the facts: only 15 percent of US citizens are dismissive or doubtful of the climate crisis. In the past, lack of action was due to a lack of knowledge on the issue, but that is no longer the case. At Hothouse, we’ve found that we not only need climate communication, but even more so, we need community.

The idea that we are in this together, that we can act together, and we can have an impact together is powerful. Climate coverage often disempowers because it strips any sort of personal climate agency and ascribes the problem to institutions, politicians, or someone else. When we look to past movements and past change, we see change comes from individuals and groups of people who decided enough was enough.

This is how we cover climate at Hothouse. We share stories that highlight how individuals can contribute to solutions and for those solutions where personal climate action doesn’t scale, we share how to demand change in our society and our systems. The real enemy is apathy and denial.

Often we can feel this overwhelming sense of anxiety and grief associated with climate change that causes us to shut down. How can people turn that grief into climate action?

The first thing we need to do is recognize that climate despair and climate anxiety exists.

For many people, myself included, climate despair is a result of learning information that's too terrible for us to consciously grapple with. We either dismiss or ignore the information. In this case, our intellectual knowledge of the hugeness of the problem fuels our emotional denial. To transform our climate grief into climate action, we need to confront and accept what we feel. From there, we can take that grief and create actionable steps for the future.

What’s most interesting is that even if we've locked in 1 degree or 1.5 degrees Celsius of warming, which we most likely have, that's a lot less than what we could lock in. In reality, we have the money, the technology, and the people to slow warming dramatically. Obviously, certain people and institutions need to step up to lock in even less warming, but it is eminently possible.

Given the social and political climate in the US, how do you connect climate justice and racial justice? What do you think the climate movement can learn from the civil rights movement?

They both share at least one big thing in common: the civil rights movement and the climate movement both aim to protect the most vulnerable and the future for all of us. Without freedom and justice for any group, there will be no climate security for anyone.

The movements differ in their tactics, even though both were, and still are, fighting denial. The civil rights movement put the dignity of the people for whom they were fighting at the center of their advocacy until society’s racism was undeniable.

With the climate crisis, denial manifests as anxiety. Overcoming that despair is core to success for the movement. The question is, how do we move past our anxiety? Perhaps civil rights tactics like protests and marches will help raise awareness, but most people already know about the climate crisis. A positive movement that helps people move through their grief towards action is more likely the solution.
‍

Together, we can build a solution as big as the problem we face. Start your climate action practice with Joro to manage the emissions within your control and use your voice to advocate for systems change.

Subscribe to Hothouse for of people tackling climate change, from technologists and entrepreneurs to farmers and community activists.

Michael Coren is a climate & energy reporter for Quartz in San Francisco. He founded the software startup Publet before returning to a career in science and technology journalism. Michael was managing editor of Cambodia’s Phnom Penh Post, science editor at CNN.com and has written for Foreign Policy, The Economist, and other publications. He has a Bachelor’s from Emory University in journalism and environmental science and a Master’s focused on environmental economics from Yale University.