Women to the Rescue 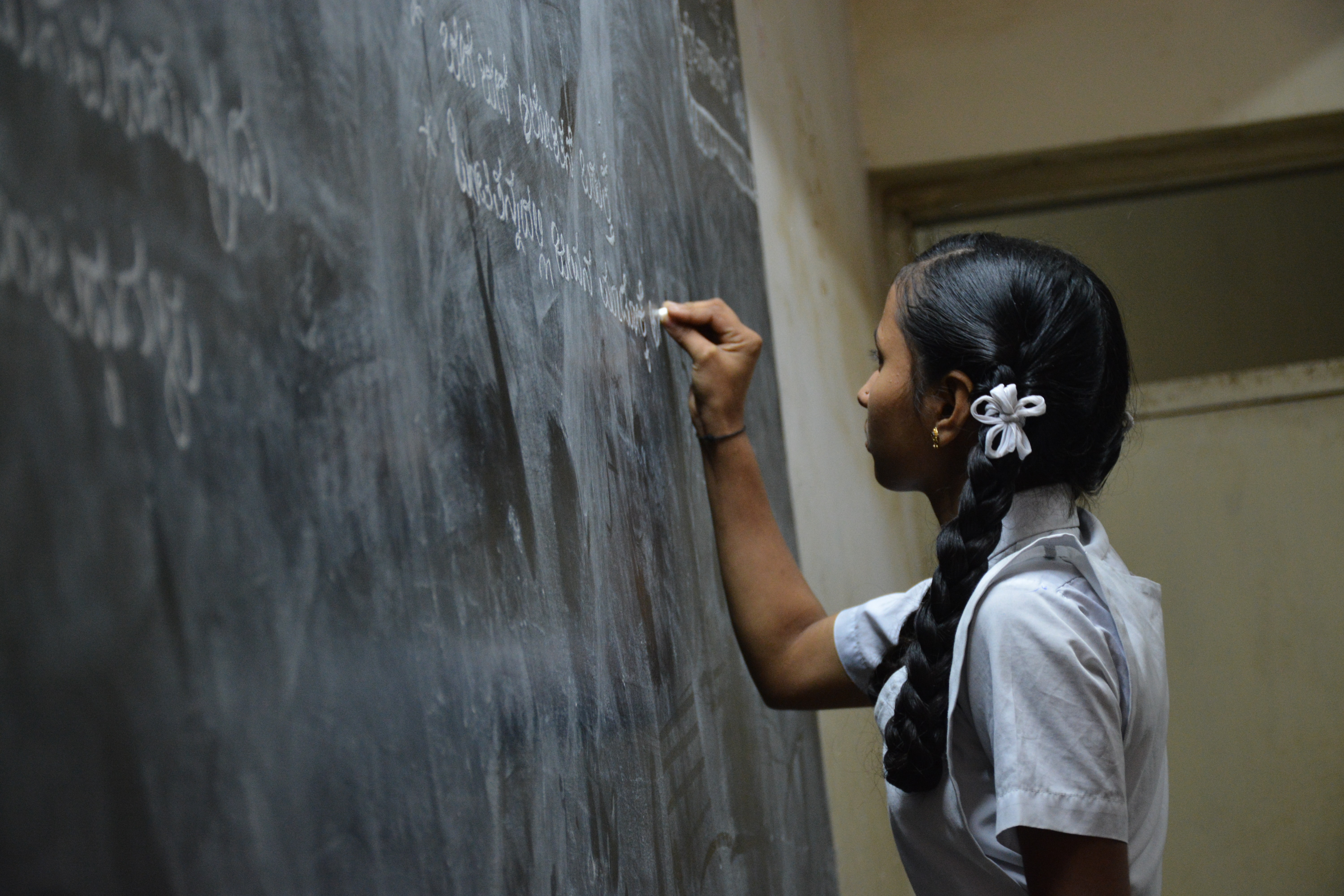 As we enter a time of crisis and uncertainty around COVID-19, it’s more important than ever to arm ourselves with reasons for hope and optimism.

The parallels between our current public health and climate emergencies are hard to ignore.

The good news is that we see people drastically changing behavior to protect themselves and their loved ones. As a result, we may be able to flatten the curve and even meet our Paris Climate Goals this year. And while our plans may be cancelled for a few weeks, hope, celebration, and laughter are not.

Resilience is shining through in communities around the world. This Women’s History Month, we celebrate the inspiring women and girls who are leading their communities in devising climate solutions.
‍

The UN reports that women and girls make up 80% of the population displaced by climate disasters. Across the world, women still have less economic, political, and legal clout than men, exposing them and making it more difficult for them to cope with the adverse effects of the climate crisis. Due to their socio-economic status, they are often more affected by climate-related changes to daily life (E.g. walk further to collect water).

Gender inequality isn’t just an issue in developing countries. More than half the families in New Orleans were headed by single mothers when Hurricane Katrina hit. Yet even though they were hit hardest, women worked quickly to mobilize recovery efforts.

Sharon Hanshaw, for instance, helped create Coastal Women for Change, a group in Biloxi, Mississippi that successfully advocated for fair housing, affordable child care, and representation of women of color on the mayor’s planning commission to rebuild the city.
‍

Based on analysis by Project Drawdown, a nonprofit organization that has done extensive research on the most effective climate solutions globally, health and education for women and girls is one of the top five most impactful actions the global community can take to reverse the climate crisis.

Educating women and girls has the potential to reduce global emissions by over 85 gigatons of CO2e over the next 30 years. That’s approximately equal to half of the emissions that the US is expected to produce over that same time period.

Education is one of the most powerful levers we have to avoid emissions by curbing population growth. Women with more years of education are more likely to start families later and have fewer, healthier children, lowering the strain on global resources.

Women are more likely to end their formal education before men, increasing the risk they’ll marry early and bear children before the age of 18. This vicious cycle decreases their access to formal education and ability to respond to disasters.

Making schools more affordable, reducing health barriers to staying in school, reducing distance to schools, and making schools more girl-friendly are all powerful equity, justice, and climate actions. Each of these actions empower girls to become more equipped to lead and protect their loved ones when natural calamities strike.
‍

In Nairobi, when communities were suffering from lack of natural resources, Wangari Maathaistarted the Green Belt Movement to plant trees, replenish resources and reduce vulnerability to climate change. Her movement spread throughout Africa, and in 2004 she was awarded the Nobel Peace Prize.

In the Prachuap Khiri Khan province in Thailand, Jintana KaewKao, mother of three and grocery store owner in the coastal village of Ban Kru, led a successful protest against a large corporation to preserve 10,000 trees, protect crops and livestock of local farmers, conserve marine life, and damage coastal coral by preventing a coal plant from being built.

In Detroit, Rhiana Gunn-Wright serves as the Policy Director at New Consensus, a policy think-tank. She has been leading the development of the Green New Deal, working closely with the Sunrise Movement, to shape the United States climate policy landscape.

In Stockholm, a 15-year old Swedish girl started a small, persistent climate protest outside Sweden’s Parliament building in August 2018. Greta Thunberg’s actions caught the attention of global leaders and led to the world’s largest ever climate strike in September 2019, with over 7 million people participating.

This International Women’s Month, consider downloading the  Mothers of Invention podcast, which devotes each episode to celebrating amazing women who are leading solutions to the climate crisis.

This March, celebrate and support the women and girls in your life and abroad who have the power and potential to save our planet. Wonder Woman isn’t just a comic, she’s the inspiring individual next to you in class, on the train, and at your dinner table. Happy International Women’s Month!